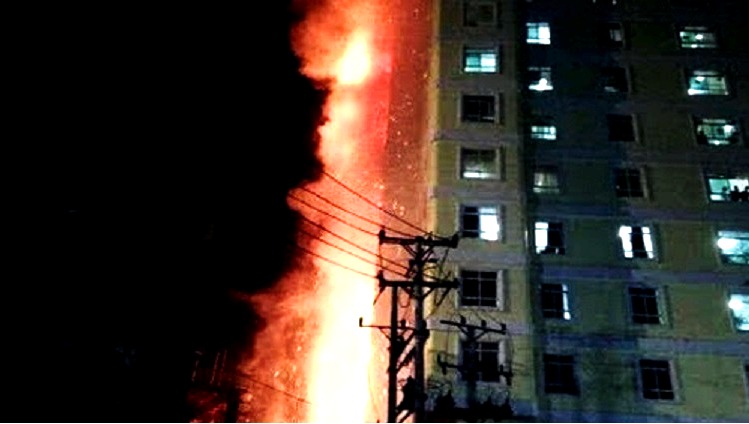 At least 10 people, mostly tourists from China, were injured in a massive fire in the 18-story Border Town building at the Genting Casino in Poipet, Cambodia, which occurred late on Monday, January 7th.

According to preliminary data, the fire occurred at about eleven o’clock in the evening due to a short circuit in the elevator wiring on the fifth floor of the Border Town building, where the Genting casino is located, which is operated by the Chinese operator Amax International Holdings. The fire then quickly spread through the elevator shaft to the 13th floor of the building.

Crews of ten fire trucks took part in extinguishing a strong fire. Rescuers had to break glass on the front of the building in order to evacuate people, as thick and acrid smoke covered all the stairs in the building. 10 people were admitted to hospitals diagnosed with carbon monoxide poisoning, mostly Chinese tourists.

The Cambodian city of Poipet is located near the Thai border, and since gambling is prohibited in Thailand, many Thais travel to Poipet to visit numerous casinos in this city.